In this Session we will have a look at the Networking aspects in OpenStack.

We will start off by giving a general intro into Networking options in OpenStack, including a little history repeating of nova-networking. A comparison of possible network implementations like ‚good old VLANs‘, Overlay Networking and Network Fabric approaches will be given. We will then go into details on Neutron, and look at the Neutron ML2 OVS Mechanism Driver (OVS reference implementation) and the new upcoming network solution for OpenStack – OVN. 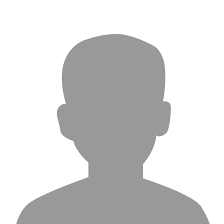 Yves Fauser is a Technical Product Manager in VMware’s Network and Security Business Unit.
In this position he is working on the integration of NSX into container platforms like Docker, Kubernetes, Mesos as well as PaaS platforms like Cloud Foundry.  In addition to this he is also working on ‘all things API’, and worked on projects to facilitate the usage of the NSX API with Python and Ansible.  He is also very involved in VMware’s OpenStack strategy, and is an expert for OpenStack Neutron.

We're not around right now. But you can send us an email and we'll get back to you, asap.

We use cookies to ensure that we give you the best experience on our website. If you continue to use this site we will assume that you are happy with it.OkNoDatenschutzerklaerung
Revoke cookies